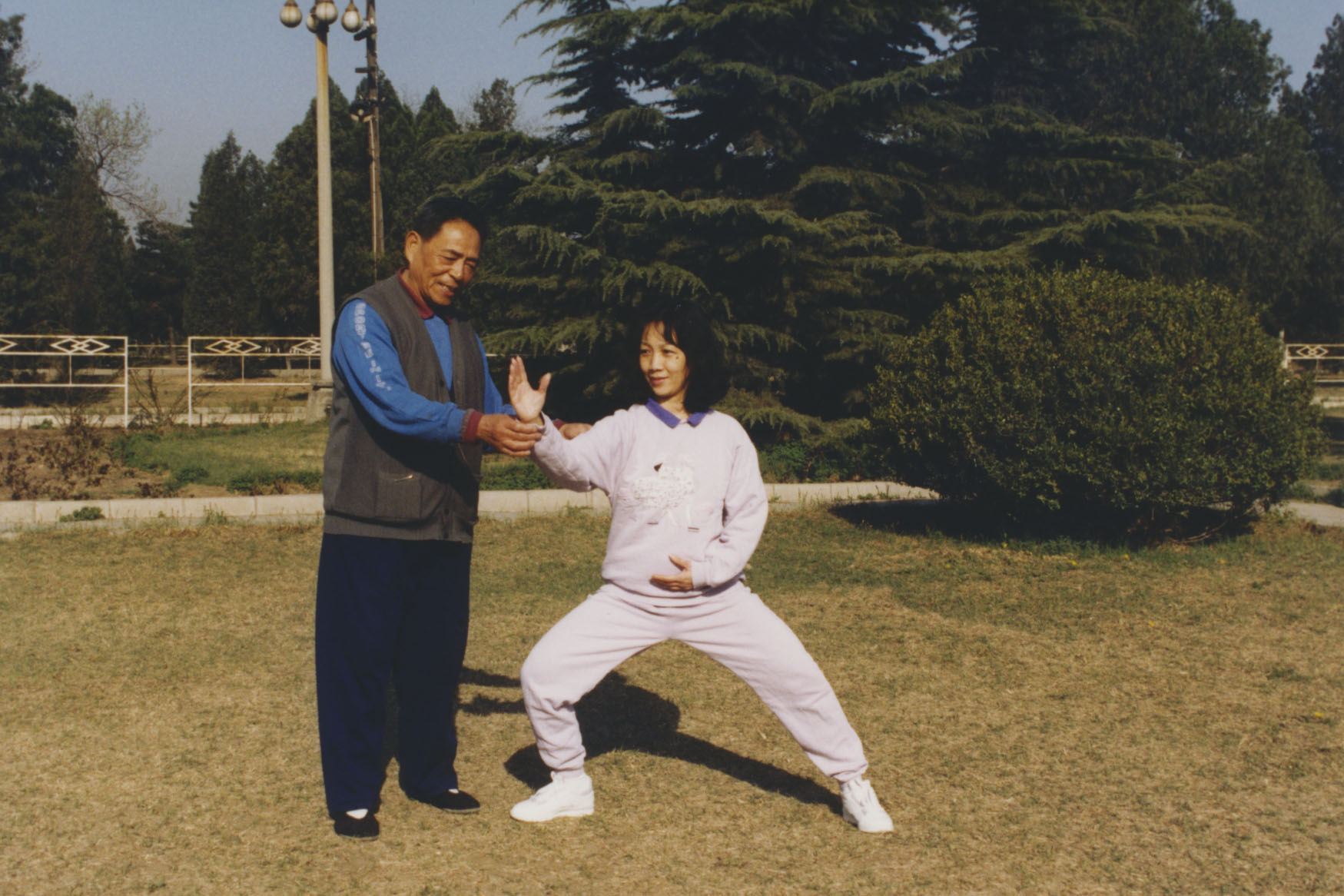 Yang is the most popular and common Taji-style. Its movements are naturally stretched and relaxed, smooth and graceful, like drifting clouds and running rivers. The style is known for providing its practitioners with good health and restore those with health problems. It is also easy to learn.

Master Yang Lu Chan (1799-1872), who created the Yang style, was known for his skill in martial arts. He was constantly challenged during his lifetime but never defeated. Despite his power and skills, he had a good reputation since he never hurt his opponents. When more people got interested in learning Taijiquan he started to remove the fast movements, jumps and stomps so that the art would be suitable for everyone regardless of age and condition.

His son, Yang Jianhou (1839-1917), continued to modify the form. Yang Chengfu, (1883-1917), the third son of Yang Jianhou developed the style further and is responsible for the Yang styles popularity both in China and around the world. The fourth generation of the Yang family, Grand Master Yang Zhendou, third son of Yang Chengfu, continues to spread and teach Yang Taijiquan. Therese Teo Mei Mei is a disciple of Yang Zhendou. Today the grandson of Yang Zhendou is Yang Jun, sixth generation and successor of Yangfamily taijiquan.

Yang style is suitable for those who prefer a less strenuous and demanding exercise.

The Chen style is the oldest among the five main Taijquan styles and is characterized by its spiraling and curcular movements that can be both fast and slow. The basic exercises of the style, called Silk Reeling exercises, help the practitioner understand and experience their inner source of energy. Beginners start by learning the Silk Reeling exercises and a short form consisting of 24 movements, created by Feng Zhiqiang, one of Chinas leading Chen masters and a student of the legendary Chen Fake. Grand master Feng Zhiqiang personally asked Therese Teo Mei Mei to start teaching the short Chen-style form in Sweden.

The style was created by Chen Wangting (1580-1660) from the village Chenjiagou in the Henan province in the middle of the 17th century. Generation after generation of the Chen family have practiced and developed the style further through the centuries. Chen Fake (1887-1957), the 17th generation Chen patriarch, was famous for his accomplishments as a martial arts master. In 1928, he travelled to Beijing and founded a school from where the Chen style started to spread in wider circles. Chen taiji has been gaining popularity due to changes made in training without stomping, jumping and newer, shorter forms.

Chen style Taijiquan is suitable for those who wish to combine relaxation with a more dynamic physical training.

Taijiquan (or Tai Chi Chuan) is one of the most renowned Chinese martial arts. As a form of exercise Taiji strengthens the body, improves coordination and creates inner balance. Taijiquan is known for its slow, gracious movements and is one of the oldest and best documented martial arts in the world. Taijiquan is very old and was likely developed from an ancient set of exercises and boxing methods going back to the 8th century.

Taijiquan consists of open hand forms as well as weapon forms with sword, broadsword, spear and staff. Though it was originally used to defend against bandits and robbers on the Chinese countryside, Taijiquan transformed into a form of exercise as modern weapons made older fighting-styles obsolete. The martial arts aspect of Taiji is still applicable but today the art is practiced for its therapeutic ability to promote health and well-being.